Philadelphia, PA – The Philadelphia Revolution closed out its 2019-20 regular season with a shutout victory on Monday, after defeating the North Carolina Golden Bears by a final score of 6-0.

The win marked the second time this season that the Junior A team earned a shutout over the Golden Bears, while goaltender Duncan Nichols-Delay stood tall between the pipes for the Revolution. Nichols-Delay, 20, earned his 10th win on the year and turned away 16 shots.

Philadelphia not only finished the 2019-20 campaign with a 17-1-1 record at Revolution Ice Gardens, but wasted no time finding the score sheet in the matinee contest. 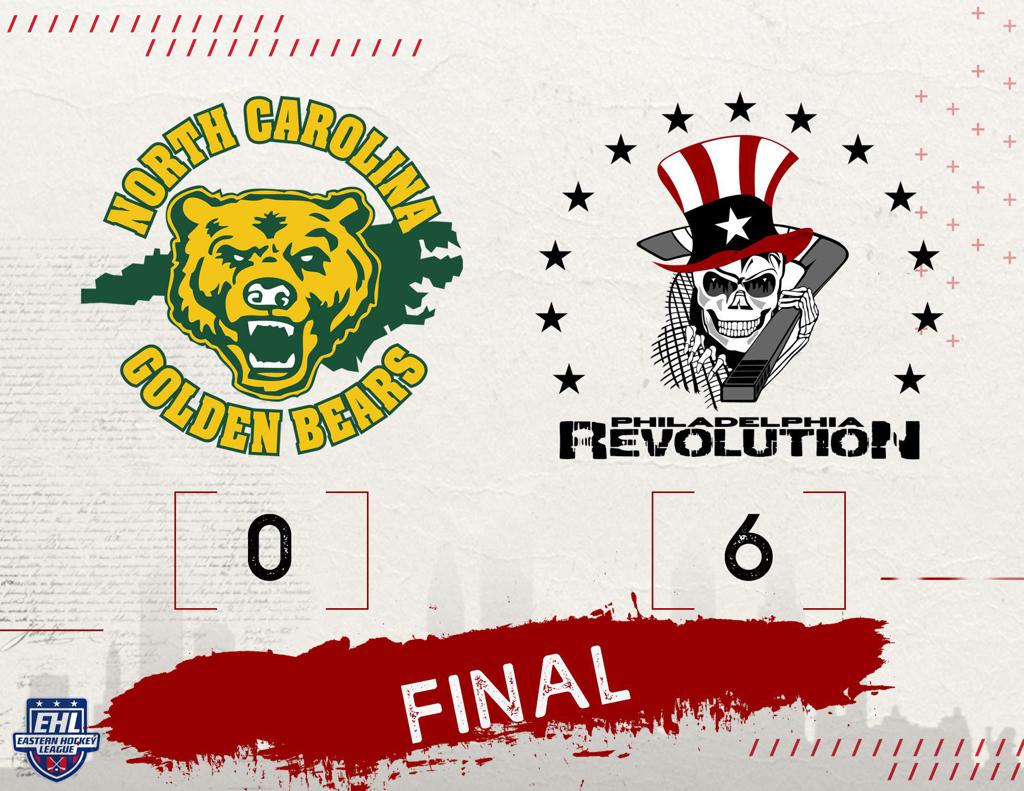 Captain Anthony Bench opened the scoring 5:26 into the first period, after No. 91 beat Golden Bears goaltender Ben Vutci five-hole on a breakaway. The 20-year-old finished the contest with two goals, which also marked the captain’s second multi-goal effort on the year.

Forward Mark Tosti found the back of the net for the third consecutive game when he netted his fifth power-play goal on the season less than two minutes after Bench’s first tally.

The Revolution then recorded another two goals during the contest’s second frame and in large thanks to Trevor Clemson and Joshua Haines.

After an offensive surge in North Carolina’s zone, Trevor Clemson netted his 12th goal on the year 3:58 into the period off a rebound. While Vutci was tested and solid between the pipes all morning for North Carolina, Haines sniped the Golden Bears masked man short side on an odd-man rush. The tally marked Haines’ second goal in his last four games. 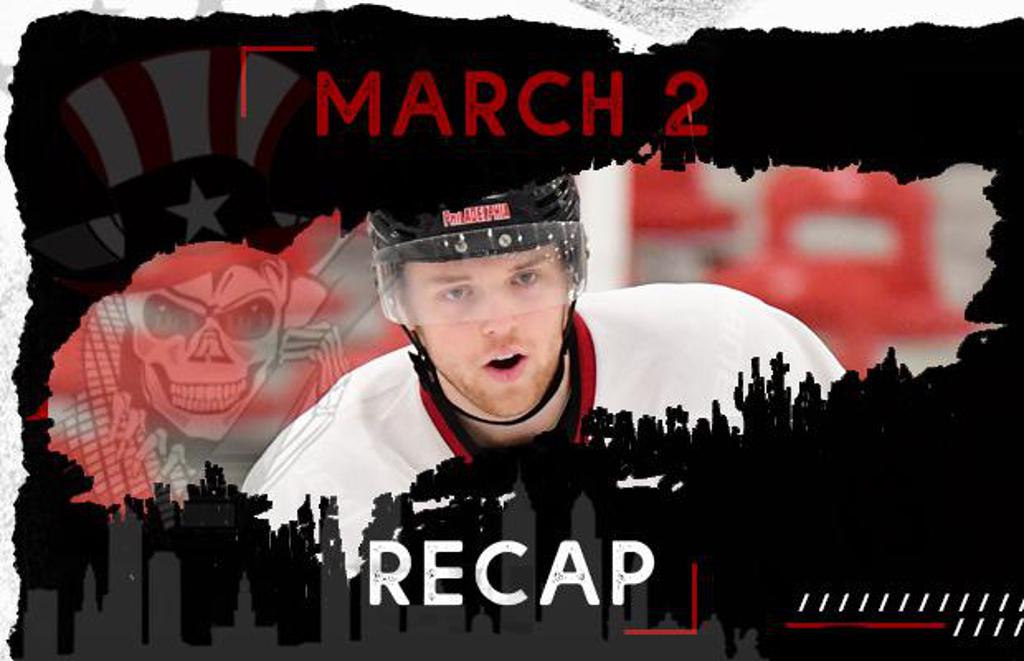 It seemed that the Revolution’s goal-scoring occurred in pairs, considering that Philadelphia again netted two goals during the third period.

As noted earlier, it was Bench who earned his second goal on the day to open the scoring for the third period, while forward Brandon Crowther netted his sixth power-play tally on the year with less than five minutes remaining in regulation. Crowther, 20, finished the regular season leading the Revolution in power-play goals.

The Revolution finished the contest going 2/4 on the man advantage and killed off all three North Carolina power plays, which also included a five-minute man advantage for the Golden Bears.

Philadelphia ends the regular season with six total shutouts and enters the 2020 Eastern Hockey League Playoffs with a first-round bye for the Mid-Atlantic Conference bracket. The second-seeded Revolution now await a lower seed from the MAC bracket to kick off Round 2, which is determined after the first round is completed and reseeded, respectively.

Philadelphia has home-ice advantage for the second round, while the Frozen Finals take place in Providence, RI, beginning on March 25.

The EHL’s Playoff guidelines can be found here.