Junior A aims for second win vs. New Jersey

Philadelphia, PA – While the Philadelphia Flyers hosted the New Jersey Devils last night, there’s another hockey club from the City of Brotherly Love taking on a squad from the Garden State this weekend.

The Junior A team is set to face-off with the New Jersey 87s tomorrow night at the Revolution Ice Gardens for a 6:00 p.m. puck drop.

The contest marks the fourth meeting between the two Mid-Atlantic Conference rivals, but the 87s enter the showdown owning the season series, 3-1-0.

New Jersey currently sits atop of the MAC with a 29-7-2 record and eight points ahead of the Revolution. 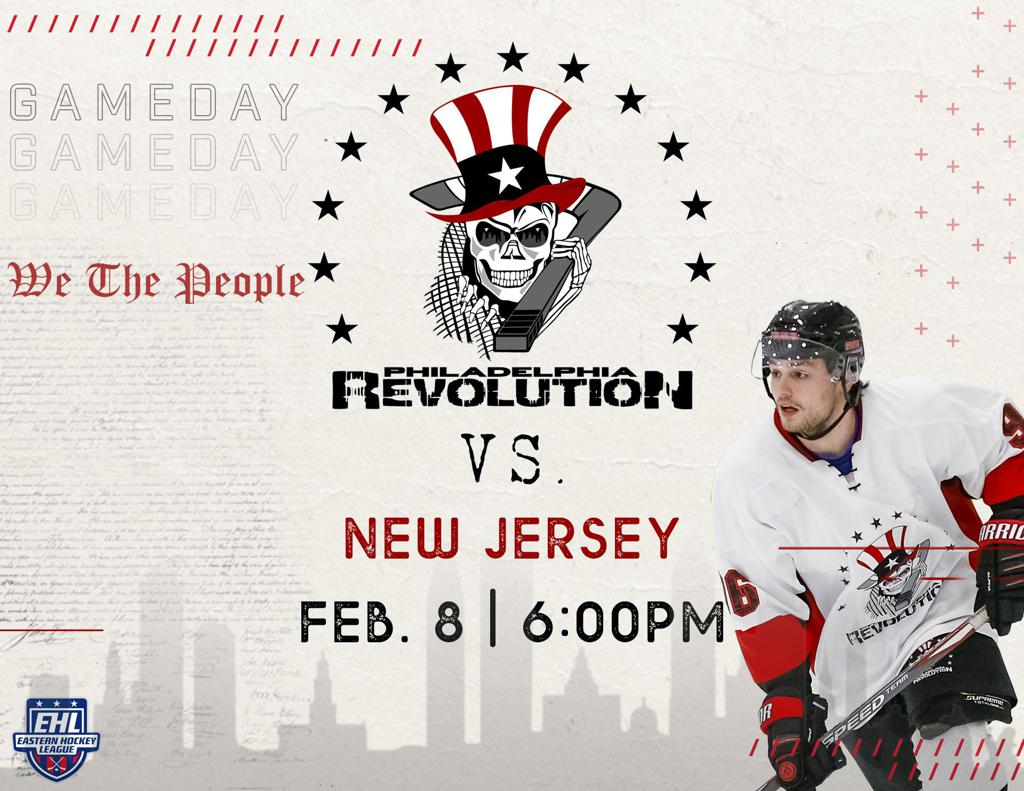 The rivals last met on Jan. 26, when the 87s defeated the Revolution by a score of 4-2 in Philadelphia. The defeat marked the Revolution’s first regulation loss on home ice this season. Still, the Revolution ended their recent three-game losing streak on Wednesday, after taking down the Connecticut RoughRiders.

Forward Brayden Patricia tied his season-high of four points during the victory, which was originally earned against New Jersey back on Nov. 1. The team’s leading scorer has recorded three goals and chipped in four assists on the year against the 87s – keep an eye out for No. 26 in white, red and black.

Goaltender Anthony Shrum has started in three contests against the 87s while collecting the organization’s first-ever victory against New Jersey back in December. It should be interesting if Rogger turns to Shrum, or rides Anthony Del Tufo who’s fresh off an impressive performance against Connecticut.

Special teams will arguably act as the deal-breaker for the two playoff-bound teams. Philadelphia’s power play has struggled at times this season (14.4%), but the Revolution’s penalty kill has thrived all year. Rogger’s squad is ranked fourth in the Eastern Hockey League with a penalty kill at 86.6%.

Speaking of the power play, Philadelphia has converted on four occasions this season against New Jersey while on the man advantage. Overall, forwards Mark Tosti and Brandon Crowther lead the Revolution with four power-play goals on the year.

After Saturday night’s contest, Philadelphia and New Jersey face-off one more time during the regular season. The two teams will reconvene on Friday, Feb. 28 in the Garden State.