Philadelphia, PA – After suffering a three-game losing streak to close out the month of January, the Junior A team ended the skid when the Philadelphia Revolution defeated the Connecticut RoughRiders on Wednesday.

Head coach Jon Rogger’s squad took down Connecticut by a score of 6-1 at the Revolution Ice Gardens and in convincing fashion.

The victory marked the 10th time this season that Philadelphia netted six or more goals in a contest, but it was the first occasion in which Saava Smirnov recorded a hat trick. 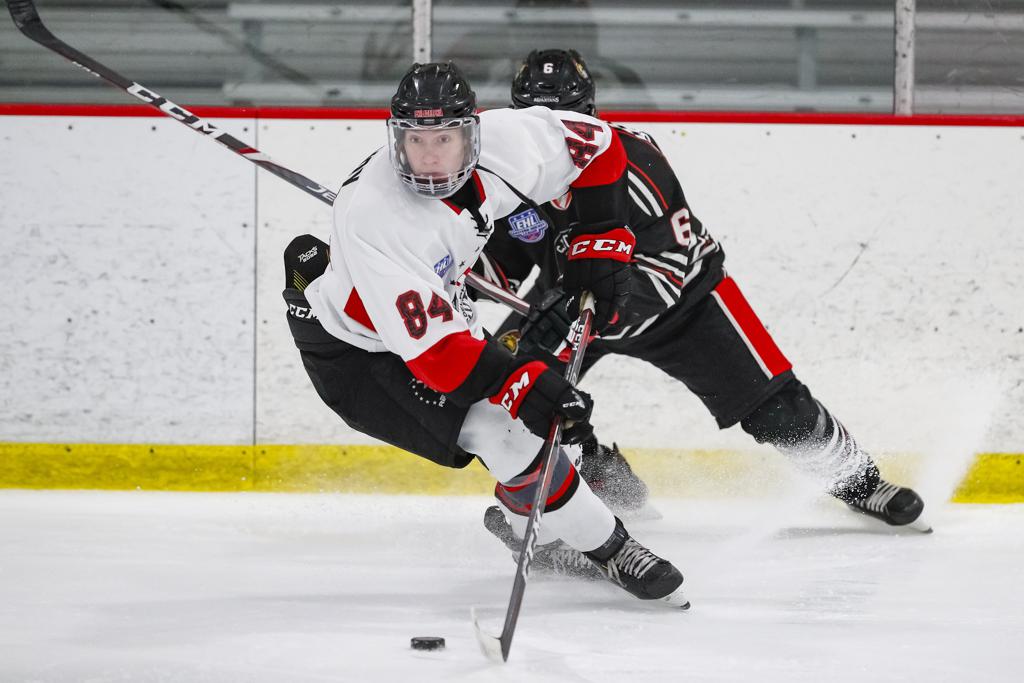 No. 84 found the back of the net 5:54 into the first period, after a beautiful saucer pass during a two-on-one from Brayden Patricia. Smirnov later scored off an odd-man rush while netting his second goal off the crossbar and in. Again, it was Patricia who fed the 6-foot-1 forward with a jaw-dropping pass backhanded pass.

While Smirnov finished the contest with a season-high four points, the right-handed shot was also excited about the team getting back in the win column.

“That felt great, especially with the playoffs coming,” said Smirnov. “We just want to get a first-round bye, so we have home-ice advantage.”

Smirnov was placed on a line all game with the team’s leading scorer in Patricia, along with recent call-up, Matt Meli.

The Russian native has now recorded six points in his last five contests and credited his new linemates and fellow Revs during the postgame.

“I learned a lot from the vets (veteran skaters) and they helped me a lot,” said Smirnov to attending media members.

“Patricia, it’s been good playing with him. He’s a smart player and puts the puck in the right place, and I just need to be there to finish,” said Smirnov. “Meli, is a really young kid and he worked his butt off today. It was a pleasure playing with him.” 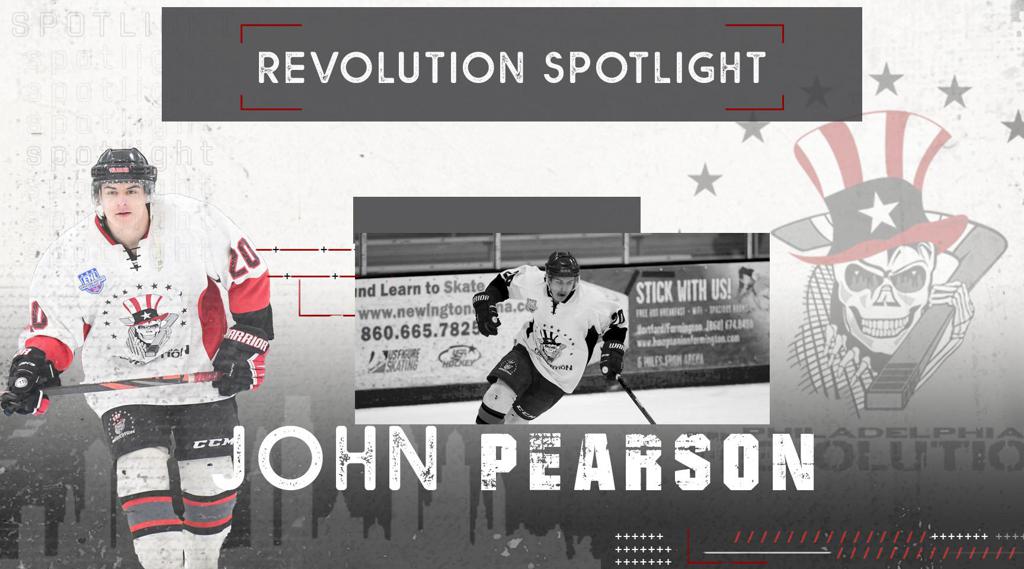 Coach Rogger was also excited for Smirnov’s performance and expressed some words of wisdom to the youngster prior to Wednesday’s clutch win.

“I said, ‘hey, Saava, we need you in these types of games’,” said Rogger. “He’d been in a little bit of a slump, as was everybody, but that’s the 'Saava' that we know and look forward to seeing - come towards the end of the year and towards playoffs.”

Keep in mind that the Revs received scoring help from two defensemen, while Trevor Clemson also netted his 10th goal on the year.

Michael Kubachka and Levi Wright were the blueliners that earned tallies. Wright found the back of the net for the first time since Nov. 17 and continues to excel in all areas on the ice.

Speaking of excelling, Kubachka has stepped up his game offensively after now scoring two goals in his last six contests.

Let’s also keep in mind that the Revolution’s impressive performance took place after not playing for over a week. Rogger shared his thoughts on the team’s buy week and how it impacted the group for the better – a “blessing in disguise.” 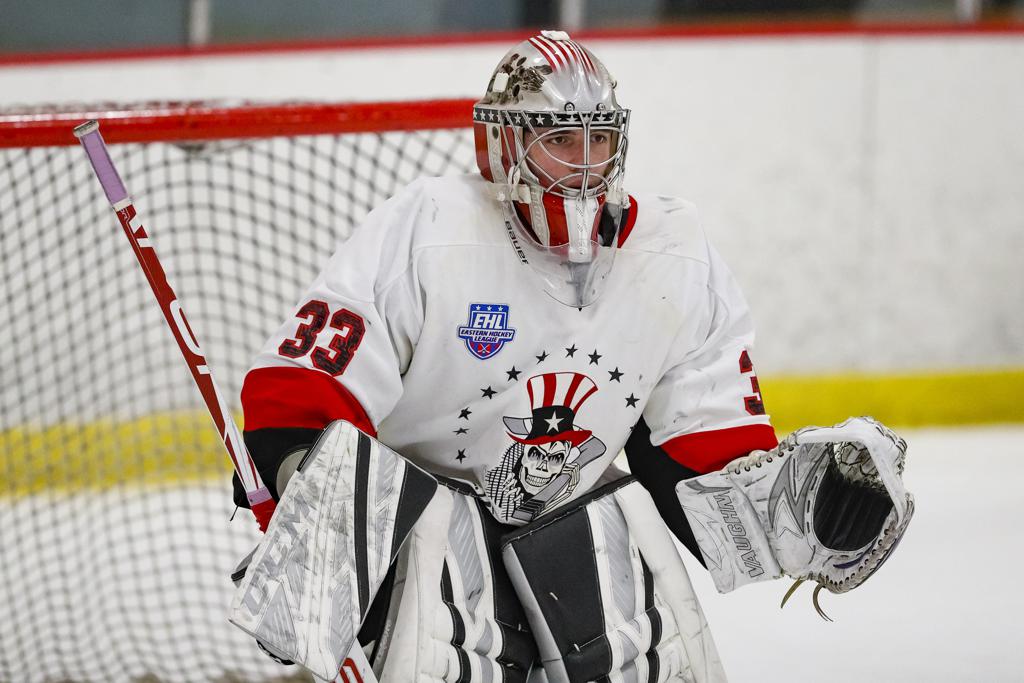 “It really is,” said Rogger. “I wanted the guys to get away from here and out of the rink and away from each other. It’s one of those things where I thought they came back with a lot more energy than they did because we didn’t want to get in a rut; and I think it was perfect timing to go on that little break.”

One Revolution player who also shined was goaltender Anthony Del Tufo. Connecticut has entailed one of the best offenses in the EHL all season, and did challenge Del Tufo with 41 shots on goal. The New Jersey native displayed a number of timely saves while taking the winds out of the RoughRider’s sails.

The victory marked Del Tufo’s ninth win on the year and was also the ninth time that the masked man recorded 40 or more saves in a contest.

While the Revolution’s next six out of seven games are on home ice, Philadelphia’s schedule doesn’t get any easier down the stretch.

The Revolution host the first-place New Jersey 87s on Saturday night for a 6:00 p.m. puck drop – details to follow.