Philadelphia, PA – While the Eastern Hockey League’s power rankings haven’t been released for the week of January 14, the chances are that the Philadelphia Revolution Junior A team advanced to the No. 2 spot.

The Revolution entered the fifth and final Showcase Series ranked at the No. 3 position by the league and one slot behind the Seahawks Hockey Club. Head coach Jon Rogger’s team not only collected victories in both contests over the weekend but defeated the Seahawks on Monday in convincing fashion.

For starters, let’s begin with Philadelphia’s 4-2 win at Exeter which was earned against the Valley Jr. Warriors. 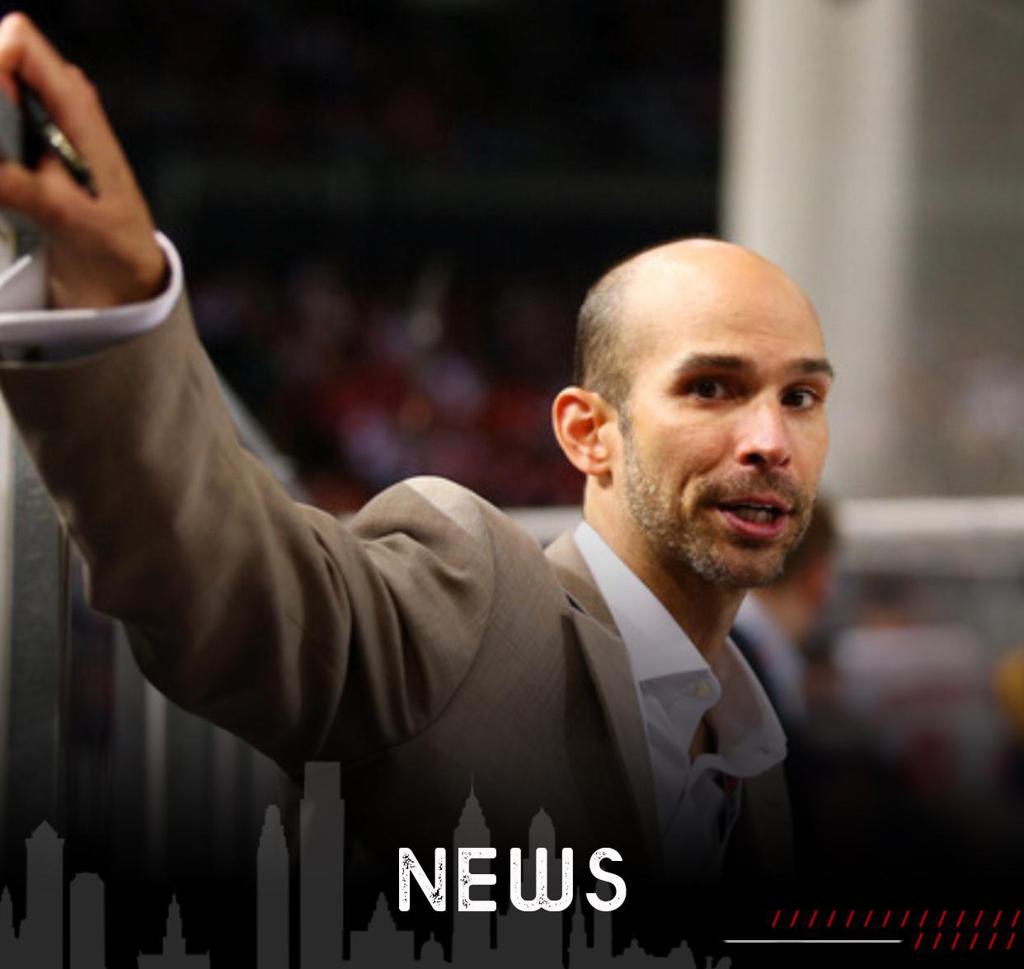 Forward Brandon Crowther netted his sixth goal on the year after beating Valley’s goaltender with a snipe and low-glove from the left hashmark. The goal marked No. 89’s third goal and ninth point in an EHL Showcase Series this season (Credit: Anthony Shrum).

While the Revolution controlled the game’s first period, the two points collected in the standings didn’t come easy. Valley weathered the storm to stay alive until the final seconds of the contest.

The Jr. Warriors served the Revolution a scare after scoring 7:09 into the second frame to tie the score at 1-1, when a Valley skater scored off the crossbar and in. The line combination of Jordan Sgro, Trevor Clemson and Jonathan Pearson had other ideas, though.

The trio worked the puck down low all game effectively, were physical along the boards and able to find the open areas on the ice to create scoring chances. Trevor Clemson revived Philadelphia after beating Valley’s goaltender twice with goals that never left the ice surface.

Clemson’s first goal came off a strong cycle in the right corner when he received a pass in the slot from Sgro. Clemson’s quick-release beat Valley’s Kyle Penton in the lower right corner of the net. Less than four minutes later, No. 96 beat Penton again and this time five-hole on an odd-man rush. The forward's sixth goal of the year acted as the contest’s game-winning goal.

Head coach Jon Rogger credited the Clemson line after the close 4-2 win, which entailed an empty-net goal from George Boyle with less than two minutes remaining in regulation.

“They were extremely good today,” said Rogger. “The most impressive thing is when we gave up a goal or two they came right back out and scored; and I always tell the guys that the biggest shift of the game is after a goal is scored, either way.”

Clemson also spoke during the postgame to EHL reporters.

“The first one (goal) was a good forecheck by linemates, Jordan Sgro and Johnny Pearson, and I just found the soft area of the ice and they got it to me,” said Clemson.

One of the Revolution’s newest players in Clemson also addressed the importance of the team’s recent winning streak.

“It’s huge and we don’t want to stop winning right now,” added Clemson. “We’re on a hot streak and we’re looking to ride it out, and we’ve been really good, and good coaching; and it’s up to Jon and Joe (Matiskiel) our coaches and they’ve been great with us.”

Rogger also chimed in on the newcomer’s smooth transition with the Revolution.

“You know part of that is he’s just a good character kid,” said the head coach. “Not only is he a good player, but he’s happy to be here and the guys welcomed him with all arms and it’s just one of those things where he’s playing good and guys are just feeding off him.”

Between the pipes, Revolution goaltender Anthony Del Tufo displayed another solid effort after keeping Philadelphia in the game with 36 saves on 38 shots. Not only did the Livingston, NJ native earn his first win since Dec. 7, but the masked man recorded his third assist on the year after the Crowther goal.

The Revolution swept the season series against Valley (2-0-0), while outscoring the New England Conference opponent 8-3 in the process. 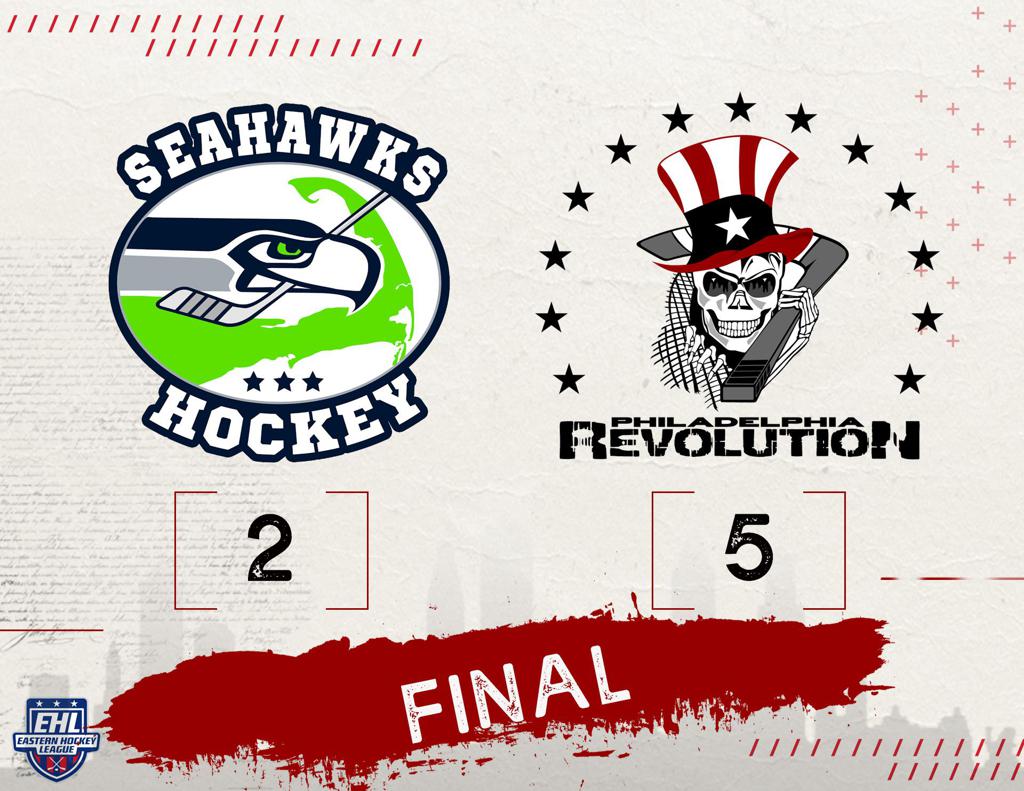 Revs take down the Hawks in convincing fashion

One of the most highly anticipated games at the Showcase Series in Exeter was the Seahawks Jr. Hockey Club vs. the Revolution on Monday morning.

As noted earlier in this post, the Seahawks were seeded one spot ahead of Philadelphia entering the weekend for the league's power rankings.

The matchup marked the first and only regular-season matchup between the two teams, and it was the Revolution who skated away with the statement victory after taking down the Hawks, 5-2.

Philadelphia wasted no time getting on the scoresheet in large thanks to Clemson, Crowther and blueliner Dean Ostrovsky, who netted his first goal on the season. Crowther, Mr. Showcase, and Clemson both finished the day with one goal and an assist.

While one of the NEC’s top-seeded teams answered back with an early second-period goal, the Revolution earned insurance goals from two other defensemen. The newly acquired Ryan Clear scored from the point on the power play in just his second game with the team, via trade. The goal marked Clears’ first career EHL goal, while Michael Kubachka extended his scoring streak to two games, after only having two goals on the season prior to January 2020.

Yes, the Revolution arguably dominated the game’s overall play, but goaltender Anthony Shrum submitted another strong performance in the blue paint. No. 34 recorded 35 saves on the day and earned his third-straight win.

With the two wins in Exeter, Philadelphia enters the weekend of January 17, in second place for the Mid-Atlantic Conference. The Revolution are a Conference-best 9-1-0 in their last 10 games.