Now, the Philadelphia Revolution aims to build off the team’s hot streak that ended the first half of the 2019-20 campaign. The Revolution Junior A squad finished 2019 winning five of their last six games and outscored opponents 25-7.

While Philadelphia’s upcoming schedule doesn’t entail Friday night lights or a Saturday contest, the Revolution does host games on Sunday and Monday. 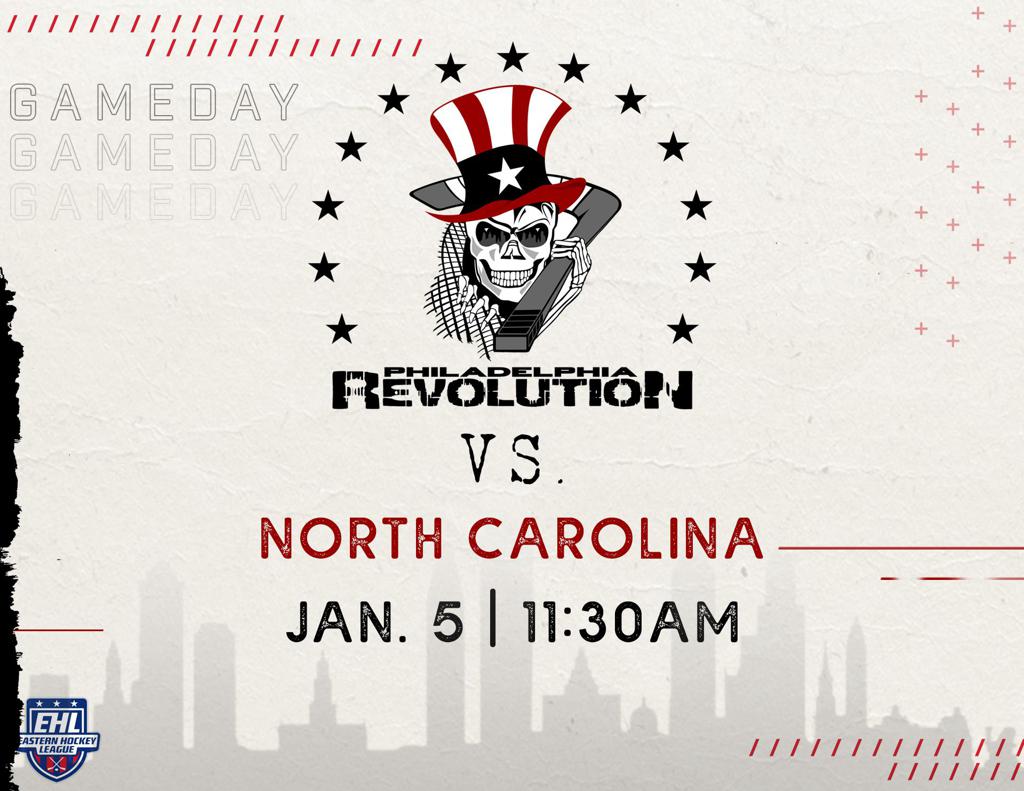 The two Mid Atlantic Conference teams first drop the puck on Sunday morning at 11:30 a.m. and then again on Monday at 11:00 a.m. Thus far, Philadelphia owns the season series vs. North Carolina with a 3-0-0 record.

The Revolution outscored the Golden Bears 32-5 during the three contests, while more than 14 different skaters found the back of the net vs. North Carolina.

Entering the weekend, the Revolution seek their sixth series sweep on the year in hopes to jump the Connecticut RoughRiders for the MAC standings to regain second place.

A starting goaltender hasn’t officially been named for Philadelphia, but keep in mind that Duncan Nichols-Delay sits in sixth place for the Eastern Hockey League’s save-percentage leader board. The Calgary, AB native owns a .937 save percentage while posting a 5-1-0 record. All three Revolution masked men have earned five or more wins on the year, but Anthony Shrum is the lone goaltender to record both of the team’s shutouts.

Keep in mind that captain Anthony Bench has notched 11 points onto his belt in 11 games played this season while netting six goals and adding five helpers.