See more about the 2005 team that continues to excel

Philadelphia, PA – While the Junior A program has recently produced headlines for the Philadelphia Revolution, there’s another class of Revs who’ve proved they’re on the rise.

The 2005 Elite team traveled to the University of Notre Dame during the weekend of Dec. 13, where the youngsters built their own headlines heading into the holiday break. Head Coach John Houk’s squad traveled across the country to the historic University campus and won four out of the five games played.

Keep in mind that the 2005’s began the tournament 3-0-0 while outscoring opponents 18-4 in the process. All while experiencing the fun of skating on the same ice that Notre Dame Division I program calls home, Compton Family Ice Arena.

Coach Houk spoke highly about the team’s performance at the Fighting Irish’s arena and how enjoyable the overall experience was.

“They played their hearts out,” said Houk.

“They also played up to their potential and it was a nice successful weekend. It was just a really good experience all around and being at Notre Dame, I think the kids really fed off of that.” 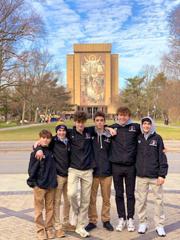 The extended bus trip across the country more than likely unified the group and enhanced the team’s momentum from day one on the ice at Notre Dame.

“To get the parents and the kids and just bus across the country - I thought that definitely helped us, as far as keeping everyone together and close-knit and focused on the task at hand.”

The team experienced some memorable moments away from the ice, too. The Revs spent time with the Penn State Men’s Ice Hockey team and were able to interact with the players and, of course, receive some souvenirs along the way such as sticks and pucks.

The Revs also enjoyed the Penn State vs. Notre Dame contest over the weekend at Compton Family Ice Arena. It was a tough loss for State, but a great atmosphere, nonetheless.

Quite a fun experience for the youngsters hoping to play in an NCAA arena at the collegiate level one day too, no?

Houk also mentioned how the 2005’s have developed since he took over the group last season.

“This year I’m seeing more of a steady incline with their play and maturity levels,” added Houk.

The Revs added more players to their roster and the adjustment seemed to have a positive impact on the group in numerous areas. 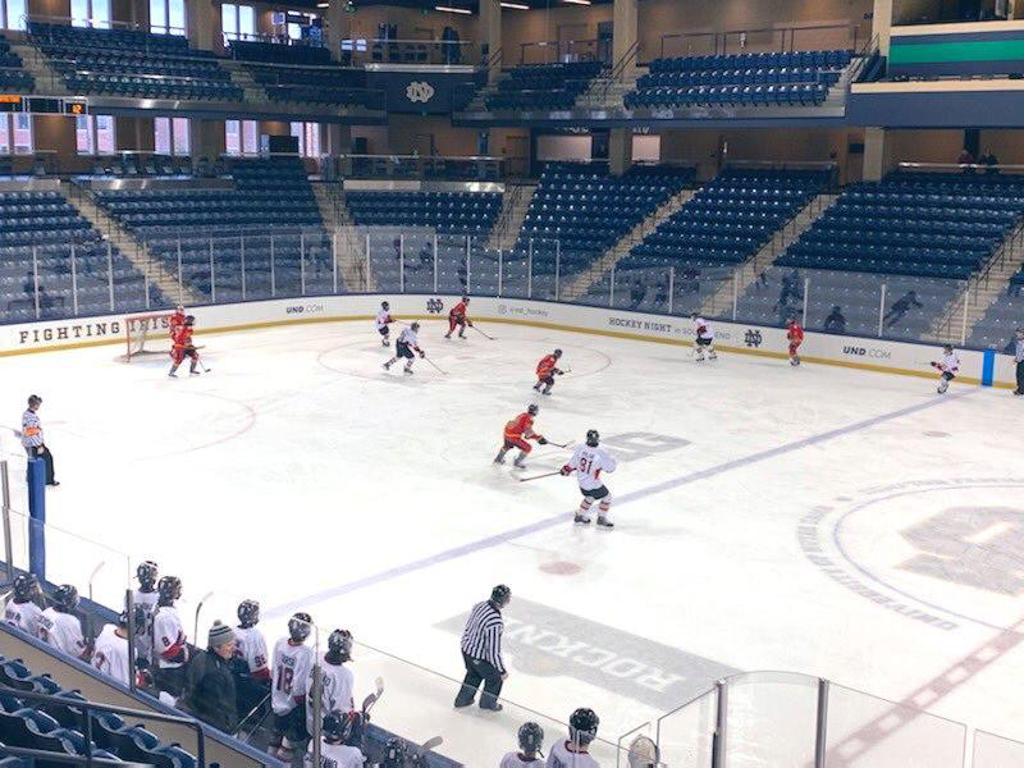 “We’ve added more players now with six defensemen, three and a half-full lines and both our goaltenders are excellent. Our returning players really took on a leadership role and started to help the younger and newer guys adjust with the higher pace of the games.”

The Revolution youth programs are all independent which gives the organization the flexibility to focus on the growth and development of its players, while challenging and preparing them for the higher levels.

The 2005’s played in over 50 scheduled games total last season while winning more than 30. This season the Revs are set to play in over 60 games.

Revolution General Manager and Team President, Chris Kanaly, expressed that Houk’s squad and their development has been “very impressive” over the past two seasons.

Kanaly also believes that this group of players have the potential to be “the top team” in the Revolution pipeline come next travel season. That characteristic speaks volumes towards the players and coaching staff considering that the 2005’s are set to move up an age bracket after this season.