Revs look to close out Holiday season on right note

The rivals are set to face-off at 6:00 P.M. and the contest marks the third of six meetings on the year between the two squads. Philadelphia enters the contest having won four of its last five games, while outscoring opponents 22-5 in the process.

Though, the Revolution dropped both contests against New Jersey earlier this season by scores of 6-3 and 6-5. Fresh off a loss to the first-place Boston Junior Rangers, one can imagine that Philadelphia is hungry for a statement win before the two-week Holiday break. 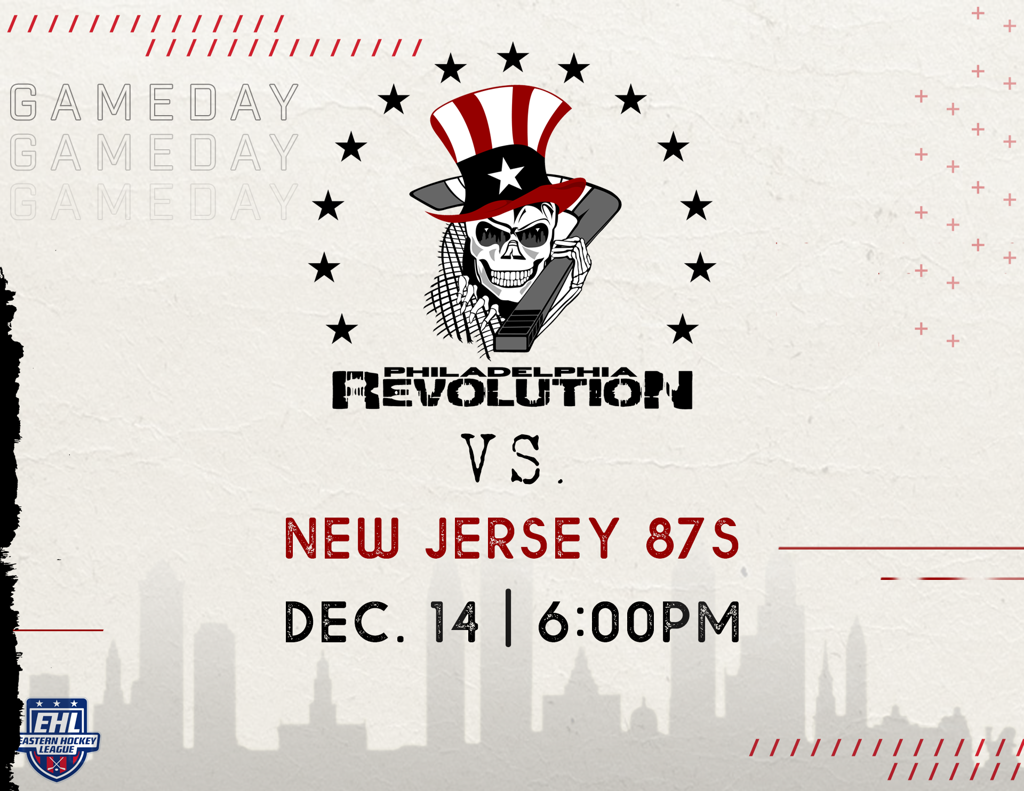 Keep in mind that the Revolution are undefeated at home this season with a 7-0-0 record.

Forward Jordan Srgo displayed success for Philadelphia against the 87s this season, after netting three goals and chipping in one helper on the year.

Yet, assistant captains Mark Tosti and Brayden Patricia lead the way for the Revolution against the first-place 87s. Tosti’s one goal and four assists are good for five points vs. the rivals this season, while Patricia has recorded an identical stat line.

Additionally, Tiger Bjornlund has chipped in offensively against New Jersey after finding the back of the net twice and collecting one assist in the two games. As for the team’s blueliners, Tyler Rossi has posted three helpers vs. the 87s. Rossi will look to ink his name back on the scoresheet after going pointless during the EHL December Showcase Series.

At some point during both prior meetings, Philadelphia owned a lead but was unable to close out the games and collect the “W’s.” Still, it’s fair to say that the team has progressed since the last time these two rivals met back on Nov 1.

The Revs’ lineup has slowly but surely seen a few injured players return such as center, Brandon Crowther; plus, Philadelphia has seen more consistency from all three goaltenders as of late.

While a win on Saturday night would give the Revolution the same amount of points (38) in the standings, New Jersey still has the upper hand considering that its played in four fewer games and is winning the season series.

Executing on special teams and a quality start to the contest could be the difference-maker for the City of Brotherly Love on home ice.