Wester Chester, PA – The Philadelphia Revolution snapped their two-game losing streak after the Revs defeated the Philadelphia Jr. Flyers at Ice Line on Wednesday by a score of 3-1.

The victory not only marked the Revolution’s first win against the Jr. Flyers this season, but also the first time they collected two points on the road since Oct. 21 (Little Flyers).

The Jr. Flyers struck first in the battle for the City of Brotherly Love, when Anton Martino netted a power-play goal 6:29 into the first period. However, Revolution goaltender Duncan Nichols-Dela shut the door on the Mid-Atlantic Conference rivals from that point on. The Calgary, AB native recorded 29 saves on the day and earned his fourth win of the season. 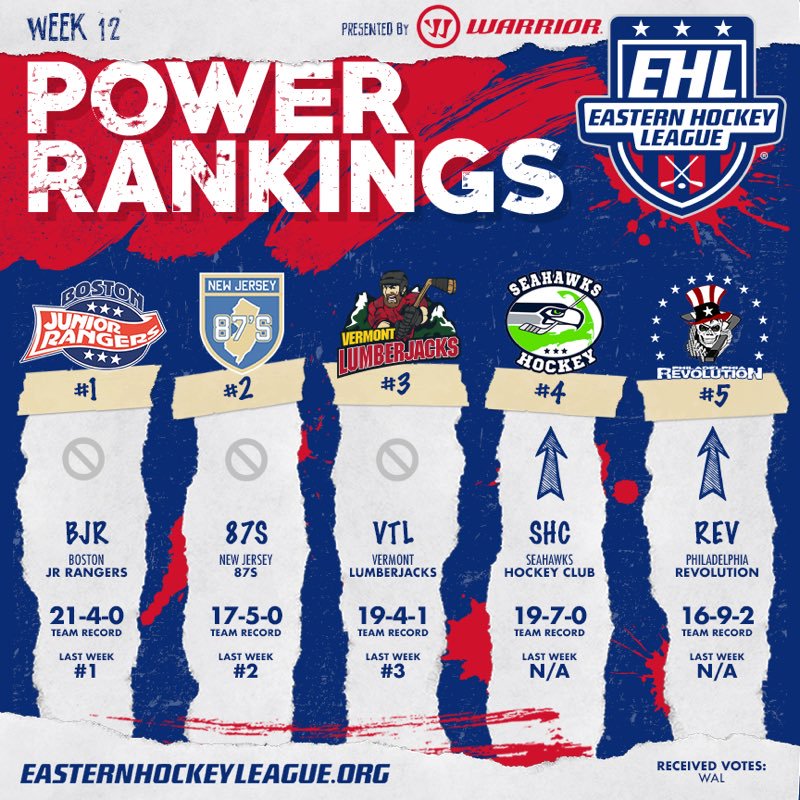 The start marked No. 35’s first nod between the pipes since the team defeated Apple Core in a 4-3 shootout victory back on Nov. 16. Nichols-Dela’s 29 saves were also a season-high for the 6-foot masked man.

“I think he had a little chip on his shoulder because the last time we were here a couple of months ago he got pulled after the first period giving up three (goals),” said Roggers. “But you know what, he knew he didn’t want that same result today and he came out ready to go.”

While Nichols-Dela’s expressed a positive attitude about starting and “getting into the rhythm again,” he wasn’t shy on complimenting his team’s play in front of the cage, either.

“They were pressuring (the puck) well and we were keeping the front of the net clear, and we were getting pucks deep when we needed to,” said Nichols-Dela. “We decided as a team that we needed to turn around our season and that we need to start playing full-games now.”

Interestingly enough, “keeping the front of the net clear” was also a trait that Roggers mentioned prior to Wednesday’s contest, as he believed it was a dynamic that his squad needed to improve moving forward. In fact, the win acted as the seventh time that the Revs allowed just one goal to an opponent in 2019-20.

Speaking of Nichols-Dela’s teammates, Wednesday marked the first time this season that a skater other than Brayden Patricia scored against the Jr. Flyers. Yes, Patricia scored twice in the game while opening the scoring for the Revs 11:29 into the second period; but forward Anthony Bench netted the team’s second goal less than two minutes later.

Bench’s goal was a pure snipe, after the right-handed shot beat Jr. Flyers’ netminder Aron Hansson high glove side from the slot. No. 91 not only earned his second goal on the year, but his first game-winning tally for 2019-20.

The Revolution and Nichols-Dela weathered the storm for the game’s final frame and Patricia’s empty-net goal (19:04) sealed the deal for the Philly-Philly showdown.

Philadelphia is back home this weekend at Revolution Ice Gardens when the Revs host Team Maryland for a two-game set on Saturday (6:45 P.M.) and Sunday (10:45 A.M.).